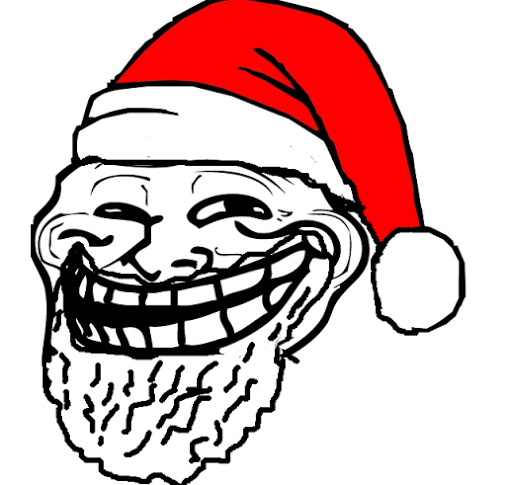 Merry Christmas, Happy Hanukkah, Happy Kwanza, and Happy Birthday Sir Isaac Newton!  In short, just have a good day overall regardless where you live or how you believe.  I spent a few days in my childhood home village in rural Nebraska.  Didn’t really go anywhere because there really isn’t that many places to go there.  My parents and I had our Christmas celebration this afternoon over ham and pumpkin pie.  I hadn’t been anywhere outside of my current hometown for any real length since my grandmother’s funeral.  I almost forgot how much I enjoy road trips and traveling.  This was the first Christmas I didn’t have any living grandparents.  But most people lose their grandparents long before they hit their thirties.

Overall, besides of a short lived but hard hitting psychotic break a few days ago, this year was a quiet and rather uneventful holiday season.  I was purposely avoiding shopping malls and box stores.  Things are beginning to get back to more normal with my life.  Had my first psychotic break of 2015 in early October that was rather nasty but thank God short lived. Unfortunately, my psychotic breaks involved a lot of anger and shouting.  I never developed the ability to just break down and sob for my break downs.  I think many men with mental illness take out their issues on others in scary and unsettling ways.  For me, it’s actually a cry for help and desire for releasing tensions instead of wanting to come across as threatening and dangerous.

I am afraid that after my family passes away I’ll lose a major source for releasing tension and anxiety.  They are also a source of interesting and intelligent conversation as they are quite intelligent too.  Tragically I don’t relate that well to most people because I am not interested in the mundane and the issues of daily living.  I just cannot stand to rehash current events for hours on end.  I see five minutes of a minor news story that gets replayed dozens of times over a few days of a news cycle and I no longer wish to discuss it.  I also have little desire to complain about anything I can’t do anything about.  That’s why I don’t vent about politics, current events, the failures of my favorite sports teams, etc.  And it’s almost painful for me to listen to conversations between average people.  Especially so when people bring up the same problems over and over they have no interest in making better.  I fear the death of my family members as much as I fear the death of my best friends.

I have never gotten violent during even the worst of my breakdowns, at least never to other people.  When I was in college I used to punch wood doors and shelves.  But I have never gotten violent towards anyone even after almost twenty years of mental health problems.  I haven’t been in a fight with anyone since I was thirteen years old, and most of those fights were with my older brother and cousins.  I am afraid of winding in prison or getting seriously hurt in the wrong circumstances during a future breakdown.  In my case while the fire burns hot and bright, it also goes out quite quickly.  I only hope symptoms and problems with schizophrenia get less severe with age, especially if an outright cure is never found. I know some people with mental health issues like autism spectrum and others don’t care to be cured.  For me I would give practically anything to be cured from schizophrenia.  I would even sign up for experimental treatments and procedures if they ever became available.

In other news, I have gotten more focused and serious about dieting and exercise.  I lost thirteen pounds in the last two and half months.  I am back into exercising almost every day as my back is no longer hurting from my car accident.  I got my car fixed as good as ever.  I’m also sitting down and planning out my goals for 2016 as the year 2015 is drawing to a close in a few days.  I accomplished several of my goals for this year, namely getting my amateur radio license back, having more blog posts and visitors this year than 2014, got to be in my best friend’s wedding party, read a few dozen books and audio books, completed a couple free courses on khan academy,  stayed out of debt, and built up my savings more.  The biggest goal I didn’t accomplish was my goal of losing sixty pounds.  I weigh the same now as I did at the end of 2014.  So while I didn’t accomplish my biggest goal, I didn’t completely give up the lifestyle change.  I just have to do better in 2016.

1 thought on “Confessions of a Schizophrenic and Christmas”