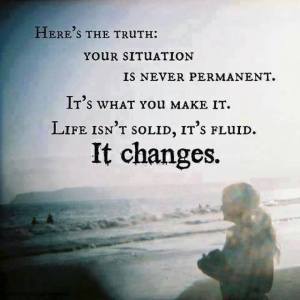 I enjoy the spring season more than any other.  The weather is turning warm, the trees are blooming, the grass is turning lush green, and everything is brimming over with new life and new possibility.  I even enjoy the rain and occasional storms.  Spring is the annual rebirth of nature.

I live in a small town with several parks and lots of hiking trails.  I have visited a few of these parks on almost a daily basis for the last month.  The trees, bushes, flowers, lakes, and wildlife in these parks offer the added benefit of being able to relax and enjoy a little of the natural world while exercising.

Speaking of exercise, I’ve been doing that for longer times on an almost daily basis.  Walked in the light rain and humidity this morning for twenty minutes.  I was unhappy at first that I had to stop after a short time before the aches and pains came on.  What I didn’t take into account was I had been walking forty to sixty minutes four days a week for the last six weeks.  On the other days I was still doing at least twenty to thirty minutes a day.  I track all my exercise and eating on webmd.com in addition to keeping written logs.  When I reviewed these logs, I didn’t realize just how few days off I had.  I think I’ve had only two or three days of no exercise since April 1st.  Last year I made it a point to take at least one day off per week.  My aches and pains are no doubt from pushing myself harder and taking fewer breaks.

Fortunately my mental health hasn’t suffered.  I probably should go back to the take one day off per week to stay fresh.  When I started exercising and losing weight, I wanted the project to be sustainable weight loss and small changes enacted every so often as my physical well being increased.  I never intended for this to be temporary or drudge work.  Last spring I started tracking everything I ate.  Last summer, I started keeping tabs on how much I exercised.  Other changes I made included decreasing my carbs intake.  I rarely buy or eat bread anymore because I feel sluggish after eating more than a couple slices. I love things like bread, rice with Chinese food, and spaghetti.  So this was a large transition.  It got easier because I felt better mentally and physically on days I kept the carbs low.

A big change I made starting on New Year’s was light weight lifting.  I did this for three times a week for four months.  I gradually increased the weight involved as well as the repetitions.  Gone easy for the last week as I was beginning to over do it.  My muscles let me know I was going too hard.  But it really helped me keep exercising and eating right during the winter.  Some days the weights would be my only exercise.  In spite of the decreased activity of winter, I still lost an average of one pound a week.

Been going pretty hard on the exercise since the first warm up in early March. I haven’t had many days off from exercise. I’m starting to feel it physically.  A couple days off from the grind are in order.  Need to reset and take a little time to reflect on how much has already been accomplished during the previous year.