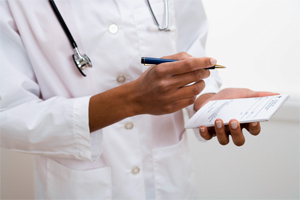 I’ve been fighting off a real bad cold for the last several days.  While not as bad as some sicknesses more common in the winter months, it has taken a lot of strength out of me.  Since I also have mental illness issues, the decreased physical wellness has effected the mental health some.  I imagine many people with a mental illness diagnosis have flare ups of their problems when they are also physically sick.  I am no exception as my physical health impacts my mental health.

As a result of the constant coughing, sneezing, hacking, muscle aches, and general all around feeling of blah, I have made it a point to keep isolated.  Not just so I don’t get anyone else sick, but I am also prone to easier mental irritability and sensory overload.  I get sensory overload even on a good day, especially when I go to large public places like a shopping center, a ballgame, a concert, or even watching tv programs.  My family members can’t believe how low I keep the volumes on my tv, my iPod, etc. while I have a hard time trying to figure out how most people can have such dulled senses and notice almost nothing that goes on around them.  Some think I’m being hyper vigilant, but I just easily notice things that few can.  But when I’m sick, I really do get easily overloaded, notice even more of what goes on around me, as well as more observant of my own physical health.

It is my observation with schizophrenia are that many of the problems (namely short temper, depression, and a sense of being overwhelmed) become more easily triggered while I have a cold, a flu virus, strep throat, or any kind of infection.  Oddly, I don’t get these problems when I have abnormal physical pain.  But I rarely feel abnormal physical pain as I do have a higher tolerance for physical pain than most people I personally know, which from what I’ve researched isn’t uncommon for people with a schizophrenia diagnosis.

I am interested to hear from others with mental health issues, and it doesn’t have to be an actual diagnosis, whether or not having physical illnesses can make mental issues worse.  In my case, being sick makes it easier for me to be prone to irritability and depression.  Yet it has yet to lead to a complete psychiatric break.  I think being physically ill takes enough out of me mentally and physically to get one of those going, thank goodness.  Any thoughts on physical illness mixed with mental health issues?

2 thoughts on “Being Physically Sick With A Mental Illness”