I admit to having been quite lax about taking care of my living quarters during the previous year or so.  Mentally I was stable, but that was mainly because I didn’t leave my apartment much.  I would stay home, read books, read online articles, watch science lectures and videos on youtube and curiosity stream, and ride my exercise bike a few times a week.  Yet I wasn’t taking care of my place like I should have been.  I used the excuse that I didn’t have guests very often and didn’t even really want guests.  But, there are going to be times when people have to visit us even unannounced.

But now that I’m gaining an even stronger sense of stability with my schizophrenia, I’m taking steps to remedy these problems.  I recently hired a cleaning person.  She’s been to my place a few times.  I think it’s going to work out well.  I had gotten lazy about keeping on top of the place, especially after my back went bad several months ago.  But I have lost some weight since the autumn and got some maintenance issues cleared up.  I was lazy about clutter and while I could find anything I needed in my place, no one else could.  In my occasionally paranoid state, I thought that by rarely leaving my apartment for any true length of time, I could make the problems manage themselves.  Well, that wasn’t happening.  Problems never take care of themselves.

I’m better able to stay on top of things because I asked for help.  Breaking down and admitting when I need outside assistance is one of the toughest things for me to do.  I imagine part of this is my natural paranoia (I was kind of paranoid even before I developed full schizophrenia), my illness itself, being still relatively young, and being a bachelor man.  Some men are notorious about not asking for outside help until a crisis develops and I am definitely no exception.

My place is feeling more like a true home rather than a mad monk’s chamber in a medieval monastery.  I received frames for the art work I had bought from an old friend for Christmas.  Got those hanged on my walls.  Now the place looks more cheerful and less dreary.  I had forgotten how good wall decorations could make a place look.  For the first several years out of college, I hung posters and pennants of my favorite rock stars, sports teams, and snarky but comical quotes on my walls.  It looked like a frat house except no girly pics or deer antlers wearing hats and Mardi Gras beads. My first bachelor pads out of school had the antlers but my girlfriends probably wouldn’t have liked the girly pictures.

As far as decorations go, I have some nature artwork done by one of my old high school friends, a painting of an alien landscape inspired by science fiction literature done by an artist acquaintance (sadly lost contact with him when I withdrew from the local arts scene), and a world map with push pins in the countries where I had visitors to this blog from.  The list of my countries I have not had visitors from is now quite short after almost six years of regular blogging.  Even though the place is more decorated now than even this time a year ago, I’m still thinking about adding to my wall art collection.  And yes, I am far beyond the age where things like stolen road signs, snarky posters, and alcohol advertisements are appealing. 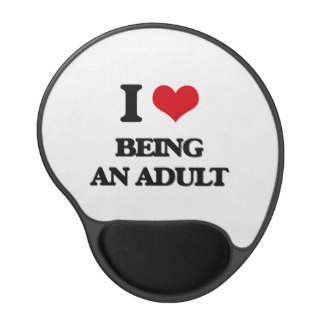