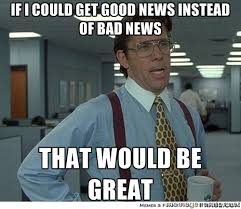 For years, even before I became mentally ill, I’ve been listening to people complain about how bad the state of the world is and how everything was better in the ‘good ol’ days.’  I’ve done blog posts on it in the past with Why I Am Grateful of Tech And Science Advances, Technology Advances and U.S. Presidents, and Reflections On Being a Recovering Doom Junkie. I don’t believe the nonsense that the past was some golden age were everyone was respectful, no one was stupid, the world was at peace, and wealth gaps between rich and poor didn’t exist.  Folks, the past wasn’t that great for the common man on the street. It was even worse for the common woman in most cases.  In many past civilizations,as many as half the children born didn’t live to see adulthood. ‘Utopia’ was a work of 16th century fiction by Thomas More, not a real place in some to be recaptured past. It’s as if everyone thinks that the entire world was like Mayberry in ‘The Andy Griffith Show’ until about the last forty, thirty, twenty years.  But seriously, is our collective amnesia so bad that we think that the times we grew up in were nothing but peaceful and prosperous?  Are we so forgetful that we think that it was only the current younger generation that invented promiscuous sex?  No town in America (or anywhere else) was ever like Mayberry.I have never seen African Americans on Andy Griffith.  Being a town in the southern U.S. in the late 1950s, surely there would have been some.  No towns, besides maybe a few small farming villages in Nebraska and Kansas, were ever that white bread.  The 1950s were an age of purity and good values?  Please.  Does the Korean War, duck and cover drills, The Great Chinese Famine, McCarthyism, the quiz show scandals, western movies and tv shows that were (by today’s standards) blatantly bigoted towards Native Americans, and the Beat Generation culture of excessive drugs and sex as written about by Jack Kerouac, Allen Ginsberg, etc. ring a bell?  Times weren’t more moral and more peaceful in the old days, they were merely less televised and exposed.

As far as having more moral and competent leaders in the old days, think again.  People today think it was shameful that President Clinton was getting sex from one of his interns or President Bush exaggerating to get a war in Iraq, etc.  But politicians and rulers have always fornicated and lied to their subjects.  Thomas Jefferson probably had an affair with at least one of his slaves.  Charlemagne had at least four wives and was almost constantly at war during the 8th and 9th centuries.  Even the Bible said King Solomon of Israel had seven hundred wives and yet praised him for being a man of great wisdom.  And this was before Viagra and Barry White albums. Abraham Lincoln, as a young man, accepted a challenge to a duel and set the rules of the contest to the death so that he would have won had not his friends talked him out of it. Pope Urban II exaggerated the abuse Christians received at the hands of the Turks to garner support for the First Crusade.  William Randolph Hearst was spinning news stories and outright lying long before anyone even thought of inventing cable news or alternative media.  As far as businesses like Microsoft, Facebook, Monsanto, BP, Google (who made most of the research for my blogs possible), Wal-Mart, Goldman Sachs, Home Depot, the defense contractors, etc. being favorite whipping boys for anyone against the abuses that can be perpetrated by big companies, then heaven help you if you ever knew about Standard Oil, U.S. Steel, the East India Company, the Potosi Silver Mines, etc.  So not even was our business practices always ‘an honest day’s pay for an honest day’s work.’  These are but a few examples to show that, in many ways, things were actually worse and less civil in the past then they are today.

Be careful about wishing for life to be like it was in the past.  Because it often wasn’t that good at all, unless you were a lord, noble, sultan, robber baron, or chieftain.  Yet in many ways I live better today, have better access to health care, better access to information, better entertainment, better fitting clothing, and better sanitation than the richest men of one hundred years ago and better than most middle class people in the 1960s.  It’s getting late as I write this so I should think about going to bed.  Yep, tonight I’m sleeping on a spring mattress (something no king or sultan of Medieval times had) wearing comfortable sleep clothes made of manufactured fabrics and processes that didn’t exist two hundred years ago, and with the warmth of central heating (something not even the richest man in the world had in 1900).  Yes life is good.  And should you try to think that things can’t possibly get any better or that we are on ‘the eve of destruction’, well every generation has thought it was the last one or that these were for sure ‘the end times.’