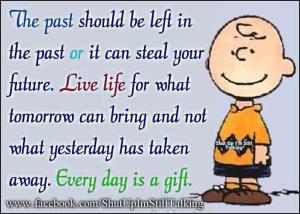 The only constant is life always changes.  I’ve experienced enough change over the last several months to know that this isn’t just a meme or bumper sticker philosophy.  After a long period of flux, joy, and loss, my life has settled into a sense of routine only over the last few days.  From my visits to the chiropractor I’ve found that my back is slightly out of alignment but the bone structure is still sound.  I have a therapy regiment that will be ongoing for three months.  My car will be fixed within the next two to three weeks.  I don’t drive my loaner car much.  But I was driving my car less often than usual for the last several months anyway.  Besides going to my friend’s wedding and my grandmother’s funeral, I haven’t been outside of my town much.  I haven’t felt the need to go anywhere for the last few months.  I can do most of what I need without leaving city limits.  I admit that the accident has made me a less prone to go on unplanned trips.  I never noticed how many near misses most drivers have until recently.  If I didn’t have to drive I’m not sure I would anymore.  The self driving car is starting to look appealing to me 🙂

We are now in the latter half of autumn.  Most of the corn, wheat, and soybean harvests are done.  Most of the leaves are gone from the trees.  The weather has been getting cooler for several weeks.  It now drops below freezing most nights.  I turned on my heater for the first time last week.  It’s all reminders that winter is near.  Traditionally I have done well in the winters.  I actually do better in winter than late summer and early fall.

This winter, like most winters, I have a few projects for the cold and dreary days.  Last winter I studied for my ham radio license.  The winter before that I read a lot of philosophy books, namely Nietcheze and Plato.  One winter I wrote the rough draft of a truly lousy fiction novel.  That winter I learned I wrote better nonfiction.  One winter I wrote a bunch of essays about living with a mental illness that later started this blog.  This winter I’m going to listen to lots of audiobooks on youtube.

Another project for winter is to average one pound per week of weight loss.  I did this last winter because I kept track of everything I ate.  It was tough but worth it.  Unfortunately  I got side tracked during the course of summer and gained back 30 of the 70 pounds I lost.  I’m only now getting back into the healthy routine.  I hope that returning to a sense of normal after four months of flux and change can get me back on my lifestyle change project as autumn begins to fade to winter.